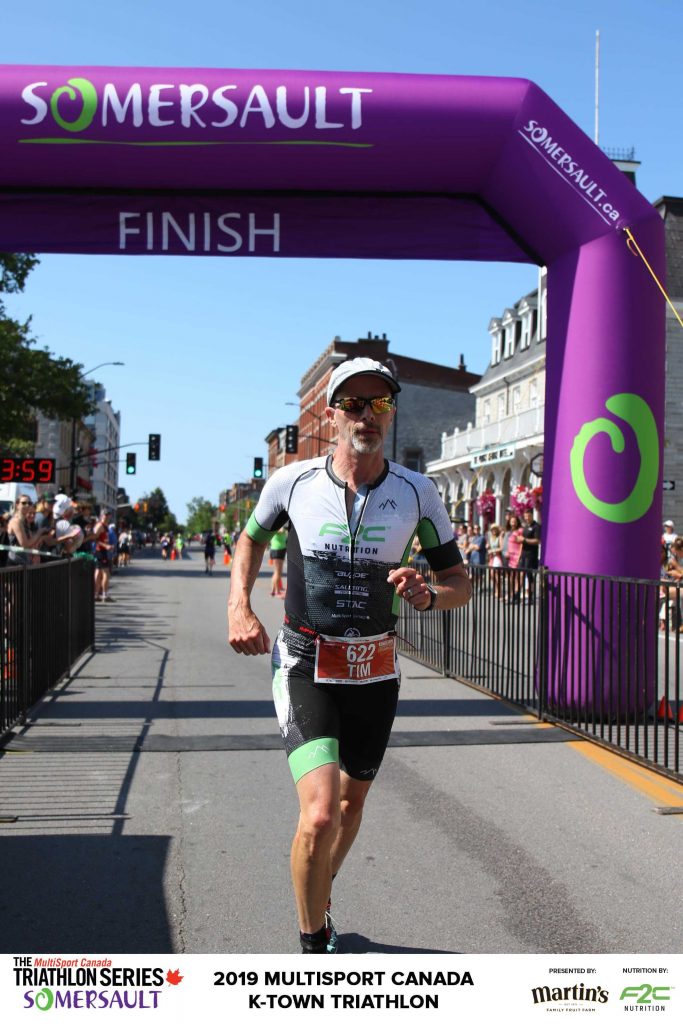 As I prepared to go for one of my lunch hour runs at the end of June. As on all my runs I would periodically glance at my wrist looking for the data that would appear, my pace, heart rate and distance travelled so far. But on this particular day my watch screen was blank. Oh well just keep running and when I get back to school I will try to fix it. The next 60 minutes running one of my favorite routes was pure joy with nothing to gauge my progress except for the sound of my own breath.

Once back at school, several attempts to reboot my watch and even with a trip to a local sporting goods store after school it was clear my watch was done. If this had happened a year ago I would have just run out and bought a new one. But for some reason I thought of this as an opportunity to train and race a little different. So I decided this summer racing season I would not rely on electronics to help me train or race. I found an old watch in my closet that I used only as a time piece so I knew at least the time of day.

So I began to do something that I had already been practicing for the last 10 years and that was listening to my body to tell me how and when to train. I have to admit at first it took some getting use to, lying in my bed a little longer to check my heart rate before getting up in the morning and at night before falling asleep, and making sure that that the alarm was set for my morning workouts.

It was one thing to train this way which I was really enjoying instead of pouring over all the data at my fingertips, but I wasn’t sure how this would work while racing.

So off to Welland I went for the first race of the Multisport Canada Triathlon Series to participate in the sprint duathlon. A lot of familiar faces where on the start line so when the horn sounded for the race to start and once the initial opening nervous sprint off the line was over it didn’t take long to find a pace bunny for the first 2.5 km run. I fell into a comfortable pace behind a group of 3 individuals and just waited to see what would happen at the turn around. As expected one of the threesome dropped off the front so I just continued to hold my pace into the transition and then out onto the bike.

The changes to the Welland bike course meant that I would be able to see all of the other racers in my age group constantly for the 20 kilometers. Again without my bike computer working I had to measure my speed by perceived exertion and off of the other athletes on the course. Well by the start of the second lap, I was riding literally right behind one of my age group competitors and decided that if I kept in close proximity to him then coming out of transition onto the final run I would be in good shape.

Back into the transition area I went only a few steps behind my competition, bike racked, running shoes back on and then out for the final 5km. Immediately I could tell the pace was a little quicker than the first run but I was feeling okay. I ran up behind my bike buddy and stayed a step or two behind him for the first 2.5 km. Then for the last lap I ran up onto his shoulder and there I stayed until the 4 km mark at which point I decided to use the water station as my spot to pull away. With runners coming in both directions there was just enough space for me to run down the center and open up a little gap. Then a series of 4 short burst of about 100meters and finally seeing the finish shoot was all that was needed for me to get to the end.

Once back from Welland and looking at the results on the Sportstats website I was able to see my results and pace for the run and bike segments of the race. This gave me a great indication of where my fitness was and also if my new old school training was paying off and it was. I finished 4th overall and won my age group.

I continued to go old school at MSC Gravenhurst and MSC Kingston. Making the overall podium and age group wins in the sprint duathlon events.

This may not be the best way to train or race for everyone but for me it was a welcome change. I am planning on purchasing a new watch but I haven’t decided on which model or brand yet. For anyone new to multisport racing you don’t need all the fancy gadgets to help you train and race, you just need to listen to your body, eat well, get lots of sleep, and if you have aches and pains know that it is okay to take a day off.