We started MultiSport Canada in 2001 with the goal of developing a triathlon series that would bring more quality triathlon and Duathlon events to Ontario and attract new people to a sport that is filled with camaraderie and fun. Founded by John Salt and Mike Buck the first race was held in May 2002 at Erin Meadows Community Centre and featured  Kids Of Steel races and an adult Triathlon. Since that time MultiSport Canada has grown to become the largest triathlon series in Canada and one of the largest in North America with over 9,000 athletes participating in multiple races during the spring and summer months.

MultiSport Canada has evolved beyond triathlon into one of Canada’s premier event management companies. We not only own and produce the Triathlon Series and the Niagara Falls Barrelman but are contracted by several other event partners and not-for-profits such as the Princess Margaret Hospital Foundation and Joe’s Team.

We have come a long way from the crew of three or four per race to having a dedicated full time team plus an additional 20+ part-time crew members. Along the way there were many people who helped us develop the series. We would like to thank Fiona Griffiths, Jeff Thompson, Brad Melville (Race Director for the first race at Erin Meadows), Owen Morgan (our longest serving crew member) Dan Mainguy, Barrie Shepley, Bob and Joyce Winegar, Colleen Mulligan, Gabbi Whitlock, Richard Pady, Audrey Pady, Becky and Trevor Timbeck, Bill Horner, Connor Salt, Trevor Salt, Kent Parkinson, Mike Carey and Brad McConnell. All of these people either volunteered their time and/or worked as crew in return for little more than free racing and the chance to help promote the sports of Triathlon and Duathlon and create a great company. Thank you to Iain Lowe and Scott Milton who initially developed our website and database and the multitude of iterations since 2001.

Special thanks to my wife Anne Nicolussi who after working all year as a teacher traded her summers away for 5 years to be the Series Administrator, office staff, race day help person, t-shirt counter and everything else that needed to be done. The reality is without her the series would not have survived.

I would also like to thank all of the athletes who have participated in our races and especially those who came out in that first couple of years, watched us make mistakes and patiently provided us with feedback to help us get better at what we do. Your feedback and support of the series has helped us grow from 1,700 participants in 2002 to over 10,000.

We are now the largest Canadian owned Triathlon Series in the world!

Thank you to everyone who has supported and raced with us! 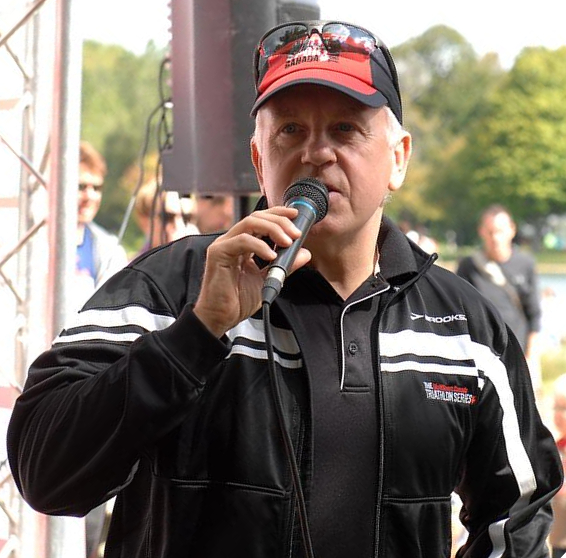