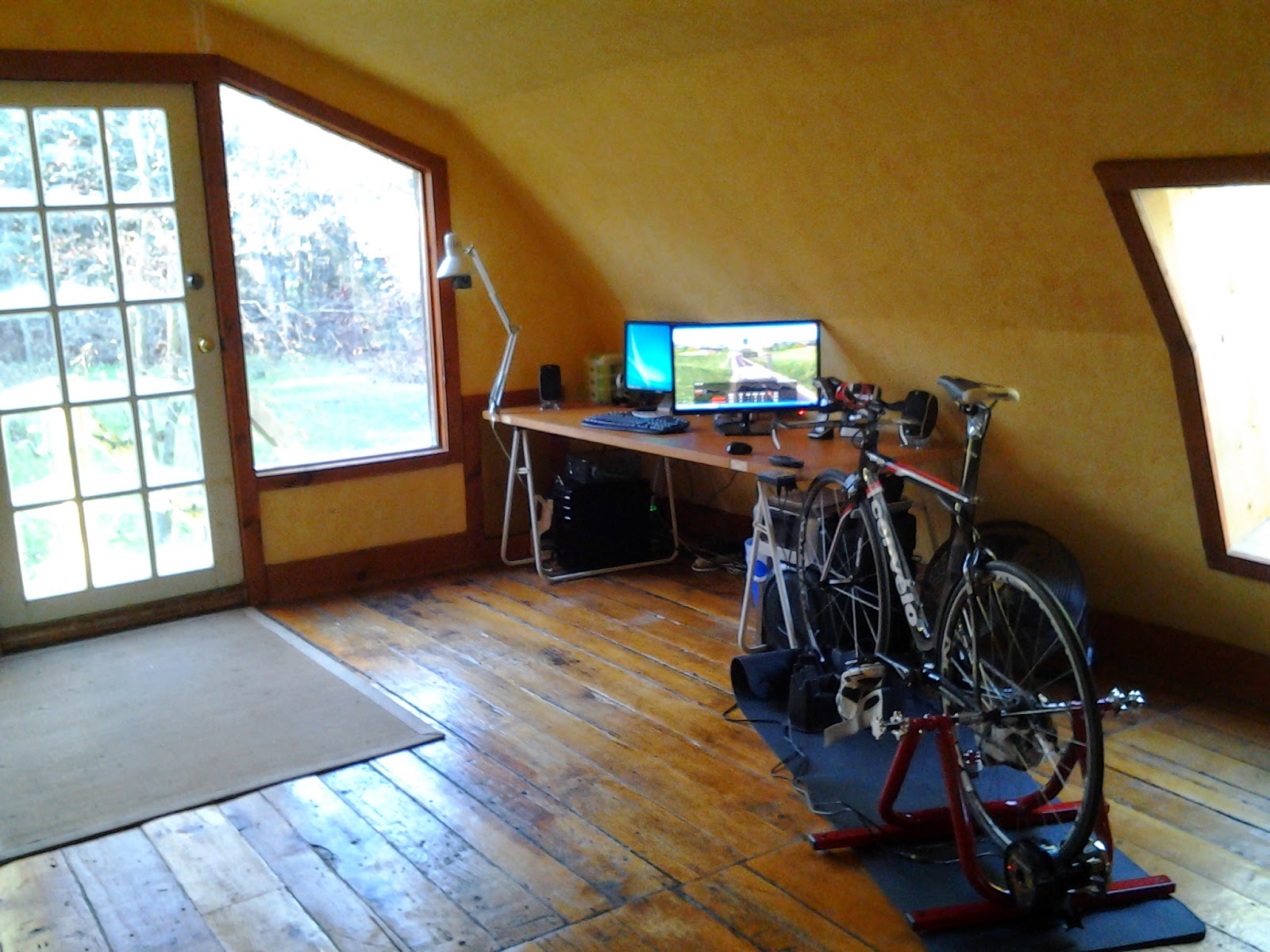 He rode 2:04:43 at that race with a heavy dose of indoor trainer rides. He writes:

The never-ending winter forced me to cycle exclusively on the CompuTrainer from November until the week of Texas 70.3 in April, my first race of the season and my pro debut. At first, I saw it as a setback, but I later realized that it was my secret weapon.

In 2012, cycling was my weakest triathlon discipline by a long shot. I lost minutes to stronger cyclists every race and never broke an hour for 40km/25mi. The 2013 season brought some improvement, but gains came slowly and I was still out of my element on the bike.

Fast-forward less than two years and I rode one of the fastest bike splits at Texas 70.3 (2:04:43, 43.3 km/h). Given my cycling history, people were surprised to hear that I averaged only 7 hours a week of cycling leading up to the race, prompting more than a few questions. How did my cycling improve so rapidly on relatively low volume? What’s my secret?

This post will focus on my bike training, but that’s just one piece of the high-performance puzzle. I’m also meticulous obsessive about my equipment and position. Skills like pacing, positioning and bike handling also play a role, even in non-technical, non-drafting events.

I attacked my weakness in cycling from every angle, but three factors were responsible for the bulk of my improvement:

Training with power to track progress, set quantitative goals, identify effective training and cut out the fluff.
Training with a CompuTrainer to make the most of every minute in the saddle.
Dialing in my race weight.

Remember, you should never assume that someone else’s approach will deliver the same results for you. YMMV. It’s also a good idea to question whether an outcome was the result of a certain approach, unrelated to it, or in spite of it. Causation and correlation are often tricky to tease apart.

Despite the apparent success of my training program, I would not replicate it exactly. Some shortcomings became apparent, which I will briefly discuss.

Read the rest at: The Polar Vortex is my Tailwind: How I Rode 2:04 on 7 Hours per Week.