Another Sold Out Triathlon Weekend at Gravenhurst

Thanks to all of you for supporting our Series and continuing the sold out streak at Gravenhurst, the fourth stop of the 2015 Recharge With Milk Triathlon Series.

Picking out the right spot to jump? 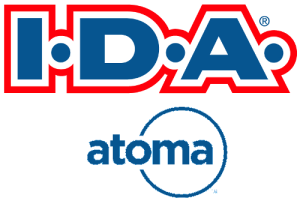 Thanks to our Local Presenting Sponsor, IDA Gravenhurst for their support. Please visit them on race day near the Recharge Zone. For details on their products and services please visit their website.

Participants were treated a humid 30 degree plus Muskoka summer’s day, but that provided no barrier to some fast racing and a day full of enjoyment.

Richmond Hill’s Andrew Bolton, a member of the Recharge With Milk Ambassador Team, lead all athletes out of Muskoka Bay (21:59), then blasted out the fastest ride of the day (57:39) on a new course along the Frank Miller Memorial Route. Then with a comfy lead in hand, Bolton ran just fast enough to slip in under the 2 hour mark (1:59:39) to take the overall victory in the Gravenhurst Olympic Triathlon. Inverary’s Billy Bostad ran the fastest 10km (37:07) to take second in his debut at the Olympic distance, and Newmarket’s Dave Liddle claimed third.

Simcoe’s Emma Plater put forth a balanced attack over all three segments (including the top run of 45:28) to finish ahead of Whitby’s Stephanie Summers and Nina Sieh of Mississauga.

The International Duathlon showcased a close battle between the top four overall. After the opening hilly 10 km run, Toronto’s Darren Cooney led the way into T1 (39:37), from there Etobicoke’s Andrew McLeod (31 seconds behind) hammered out a 1:03:01 bike, to lead the race into T2. With Nicolae Petrescu of Toronto in hot pursuit, McLeod managed to hold on for a 5 second victory. Windsor’s Daryl Flacks posted the top ride of 1:02:29 and held off Cooney for third.

Toronto’s Janet Manley dominated the women’s race right from the start. She opened with the top women’s run of 46:40 to take a 3 minute lead over fellow Torontonian Alex Bade, and further added to that lead with a statement making 1:12:47 ride (8 minutes faster than the next best bike time), then finished with another race best run of 23:24 to easily claim the victory in 2:24:13.

Janet Manley is happy with her International Duathlon win.

Thornhill’s Jordie Seaton also overcame a deficit after the swim and bike, but her women’s best run (21:58) on the hot, humid and hilly course earned her the victory.

Jordie Seaton takes the women’s victory in the Sprint Triathlon

The start of the Sprint Duathlon

Eighteen year old Brian Moore of Bracebridge ruled the day with the fasted times in all three segments. He led the opening 5km run with an 18:30 clocking, was the only athlete all day in either event to ride sub 30 minutes (29:38), and if that wasn’t enough, he blasted out a 9:53 final 2.5 km run to take the overall win 59:42 – the only sub 1 hour athlete.

Matching Moore’s performance in the men’s race, Oakville’s Anna Parker posted top splits right across the board (21:38 run, 34:42 bike, and 11:13 run) to cruise to victory on the women’s race.

Toronto’s Chris Anderson put together the best swim/bike combination to reach the finish line first in the Give-It-A-Tri, while Barrie’s Maxine Beland ran her way to victory in the women’s race.

* Get the full Gravenhurst Race Results from all the race categories.

Check out these RACE REPORTS from the Recharge With Milk Ambassador Team.

These reports will give you lots of insight and information which will help you with your own racing and training.

Congratulations to our Gravenhurst Racers of the day.

Ignition Fitness Racer of the Day

The winner receives an Ignition Fitness Tri Top from Champion Systems along with additional opportunities to win more. 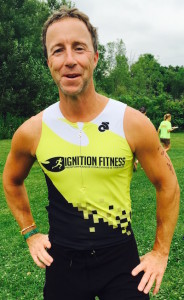 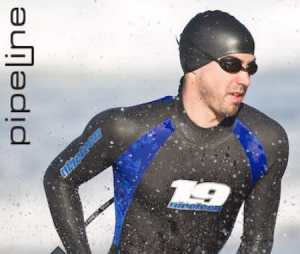 Here are our winners:

Make sure to stop by the Recharge With Milk Recovery Zone to get your post-race Chocolate Milk, swag, recover, and to have to fun with your fellow racers.

We hope you paid a visit to the Hammer Nutrition Big Rig. It’s on a Canada wide-tour. Check out July is Hammer Bars.

How’s this for a support crew?

Jason Vurma from above, making sure everything is going perfectly.

The Best Finish of the Day!

Smiles! We always love to see that. And she hasn’t event started yet.

Former NHLer, Michael Zigomanis with the impressive finish (second in his age group).

Relays – get some friends together for a fun day at the races.

Thanks to all of our Volunteers!

A very special thank-you to our volunteer recruiters Christine Cousins and Marie Walker.

Thanks again to all of our volunteers gave up time to help the athletes in the heat and humidity. You make it possible for the athletes to do what they do. Athletes, show your appreciation and make it a practice to thank every volunteer to meet along the course at any race.

Thanks and See you again soon

Thanks for joining us at Gravenhurst and congratulations to all of our first timers.

We hope to see you at our next stop of the 2015 Recharge With Milk Triathlon Series: 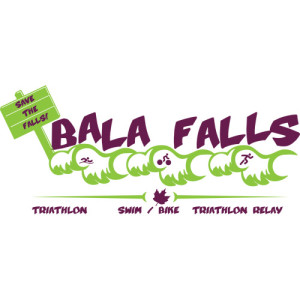 Make sure to visit the MultiSport Canada Facebook Page for all of Mike Cheliak’s photos. Share, Tag, Comment, and most of all Enjoy all of the free images.

There are more pictures available at m2 imaging.

Connect with us and the other 7300+ athletes on the  the series Facebook Page. Get all of the latest news first and interact with your fellow racers. 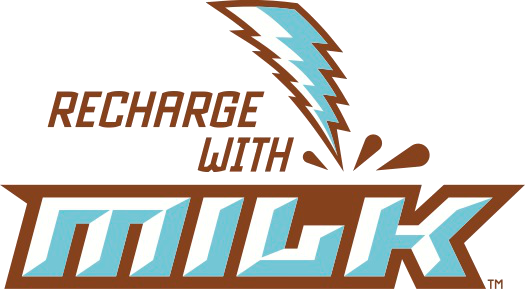