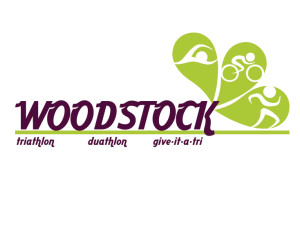 A crisp morning and 16 degree Celsius water temperatures out of the Pittock Reservoir soon gave way to some scorchingly fast racing which beautifully matched the best conditions of the year so far as we break out of such a brutal winter.

As expected, with the talented field assembled for the Sprint Triathlon (750 m swim, 20 km bike, 5 km run), the kickoff race to the 2014 Recharge With Milk Triathlon Series featured excitement from start to finish.

Brantford’s Ben Sayles led everyone out of the water with a 9:35 clocking, but all the main contenders were in close pursuit, including Jeff Scull of Jordan Station, and Recharge With Milk Triathlon Series Ambassador Team members – Hamilton’s Lionel Sanders, Cody Beals of Fergus, and Alexander VanderLinden of Chatham.

Beals cranked up the pace during the ride to take the overall lead, but tracking him down was Sanders who clocked the top bike ride of the day (29:11 an average speed of 40.3 km/hr).

With his eyes set on his target, Sanders continued to pursue Beals and pulled up alongside at 3 km. The two ran together until Sanders put in a surge that separated him from Beals and allowed him to finish with the top run of 15:58 (3:12/km pace) to claim the victory in 57:33.

“I panicked a little bit on the swim. I went on to the bike and didn’t even look at my powermeter. I just raced it on feel, and raced all out basically. I got off the bike in second place. I pulled up to him (Cody Beals) and we ran next to each other for a little bit then I put in a nice little surge on the hill and that was enough to do it,” said Sanders, who is heading to Ironman 70.3 Raleigh on June 1.

“The game plan today (since she raced 4 races last weekend at Triple T) was to bank a bit of a lead on the swim and the bike and then if I had the time just cruise the run. That’s just what I did,” said Quick, also a member of the Recharge With Milk Triathlon Series Ambassador Team.

Hamilton’s Jesse Bauer finished third last year, but returned with an improved bike leg and an eye on the top prize. Bauer opened with a 16:58 run, biked 33:12, and finished with a 9:10 run to finish in 1:00:25 to take the overall victory in the Sprint Duathlon (5 km run, 20 km bike, 2.5 km run), winning by two minutes and twenty-one seconds.

“Woodstock is one of my favourite courses. I just wanted to come out and have a good hard first run, a good hard bike and then see if I could come out with a win. I only had one last year and we are already matching last year,” said Bauer. “For some reason I love courses where you run over a dam. It’s a real tough course to open the season.”

Brampton’s Jade Carrington, used her cycling prowess (37:12) to overtake Gormley’s Jennifer Froebel during the bike leg and she held on to the lead during the final run to take the win (1:11:42) by 1:05 over Froebel.

“It was a magnificient day to be out here. I had a great first run, catching them (the top three ladies after the first run) was a chore and I held on for the last leg. It was a really fun race,” said Carrington, who has her sights set on the 2015 World Duathlon Championship.

Congratulations to all of you first timers! Welcome to our incredible sport!

Make sure to stop by the Recharge With Milk Recovery Zone go get your post-race Chocolate Milk (2% While Milk this year too!), and to take some cool post-race pictures like these members of the St. Andrew’s College Triathlon Team.

Here is John Salt speaking about the upcoming inaugural Barrelman Triathlon. This is sure to be one of the highlight events of the year and a great way to wrap up the season. Consider joining us if you can. We are pulling out all stops to ensure that all athletes have an incredible experience.

Thanks for joining us at Woodstock. And thanks to all of our Volunteers and On-site retailers – D’Ornellas Bike Shop, Du Tri and Run, ACCQ, Absolute Endurance, and Full Cup Coffee.

We hope to see you at Binbrook (June 7), our next stop in the 2014 Recharge With Milk Triathlon Series.

Get the full Woodstock Race Results at Sportstats.

Make sure to visit the MultiSport Canada Facebook Page for all of Mike Cheliak’s photos from Woodstock. Share, Tag, Comment, and most of all Enjoy all of the free images.