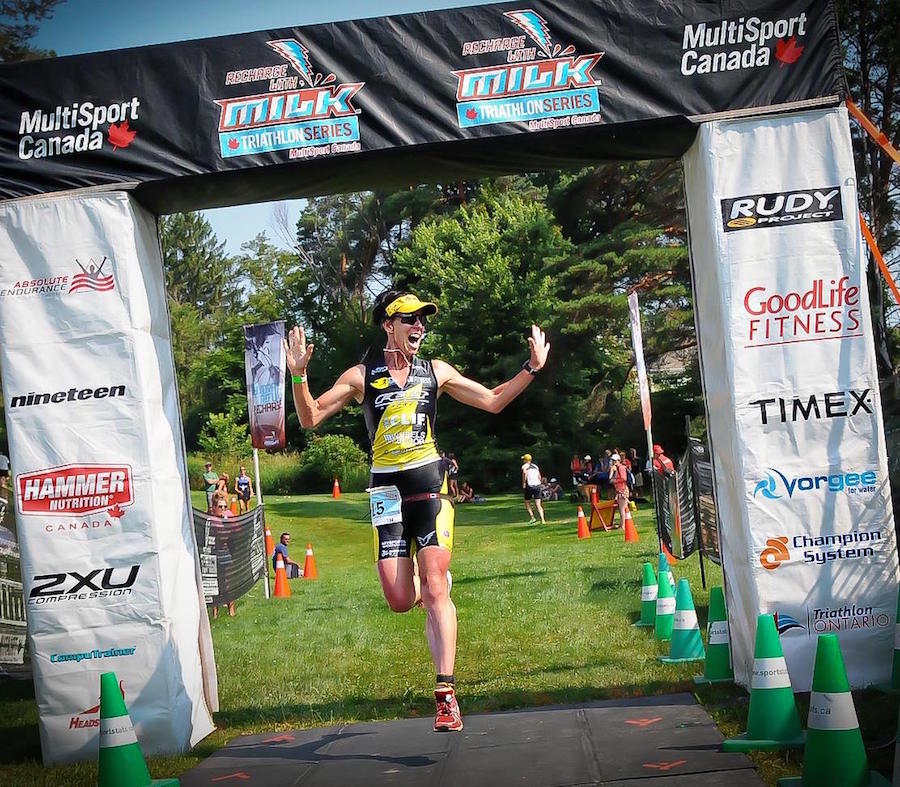 Paolina Allan is a champion. But more than that, her passion and energy for the sport of triathlon is infectious, and her gregarious personality makes her the perfect choice for our Honourary Race Director for the new Georgina Women’s Triathlon on Saturday September 10, 2016.

Founded over 20 years ago in Milton, MultiSport Canada will reintroduce and present the Ontario Women’s Triathlon at Georgina. The essence of the event is to provide a safe and supportive racing environment for women new to the sport of triathlon.

Race details and registration will be released soon but set Saturday September 10th aside for an incredible day of women’s racing.

In almost every race she has done over the years, whether as a competitive age grouper or professional, Paolina has been on the podium – and she’s never had a DNF!

Over the past few years, while concentrating on her cycling career, she continued to race with us as part of a relay team, and in 2014 she was the 2nd woman (9th overall) at the inaugural 2014 Niagara Falls Barrelman Triathlon. She has also collected top five finishes at several Ironman Races across North America – including 2nd at Ironman Canada, 4th at Ironman Wisconsin and 5th at Ironman Lake Placid. She has qualified for the Ironman World Championship four times and raced in Hawaii twice.

You might hear a wee Scottish accent when she talks, but she’s all Canadian. In fact, she’s been named both Triathlon Canada’s and Triathlon Ontario’s Elite Long Distance Triathlete of the year in the past.