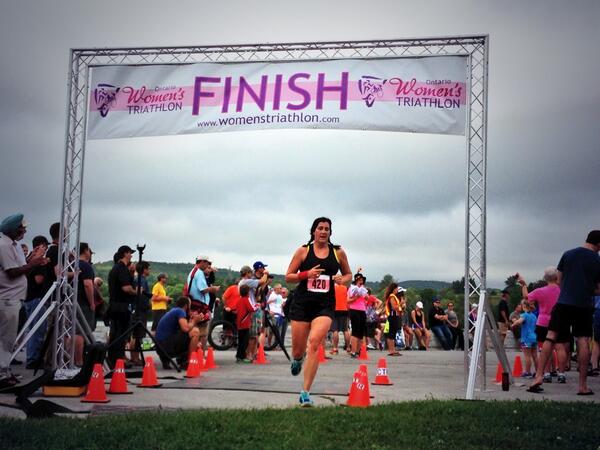 In 2016, MultiSport Canada will reintroduce and present the Ontario Women’s Triathlon, continuing the beloved event founded over 20 years ago in Milton, Ontario by Tina and Ed Braam.

The essence of the event is to provide a safe and supportive racing environment for women new to the sport of triathlon.

“The event was designed originally with the beginner at heart and I am thrilled to hand over the reins to John Salt and his experienced team at MultiSport Canada to continue the event with the same intent,” said founder Tina Braam.

MultiSport Canada has a shared history with the Ontario Women’s Triathlon and its volunteer organizing committee. In the early 2000’s, MultiSport Canada provided race execution services and logistics expertise to the three-race Ontario Women’s Triathlon Series which ran for several years in various locations in Southern Ontario, including Orangeville, Lakeside and Milton. The original Milton event continued on after the series concept was retired and was successfully produced by volunteers until 2014. No event was held in 2015.

“With MultiSport Canada at the helm organizing and producing future events we are assured that the race will be delivered with the same enthusiasm and attention to detail that defined the race experience,” continued Braam, “and our former organizing committee will stay involved in the event on race day in various capacities as volunteers, mentors/coaches, and race participants”.

MultiSport Canada will announce the details of the 2016 event including its exciting new venue at a later date.

“Our committee is eagerly looking forward to the next chapter of the Ontario Women’s Triathlon, an event very near and dear to our hearts. Our trust and gratitude are extended to John Salt and MultiSport Canada for continuing a valuable and unique race experience for female athletes of all abilities, and especially those trying triathlon for the first time,” Braam added.