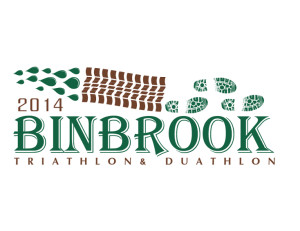 Check out these Binbrook Race Reports from some members of the Recharge With Milk Ambassador Team that were in action on Saturday June 7.

It was a beautiful day this past Saturday, and what better way to spend it than by kicking off my 2014 triathlon season. After a long lasting winter (that seemed to never end), it was great to finally get out and race (and get some sunburn)! I have had a productive winter of training, and I was feeling fit, but I had no idea where I stood in regards to myself, or to anyone else. The Binbrook field included some fast racers, including Lionel Sanders, so I knew I was going to have to put out a good effort.

Read the rest of Andrew’s Report.

Binbrook marked the start of race season for me, although I’m still recovering from the stress fracture so can’t run. It definitely felt good to get back to it, experiencing the race atmosphere and among fellow triathletes!

Read the reest of Kristen’s Report.

I went to bed a little later than I had wanted to the night before, but luckily got the chance to sleep during the car ride from Toronto to the Binbrook Conservation Area thanks to my parents driving me (and racing as well). After a less than stellar race at Woodstock, I decided to try to eat a bit more in the morning to keep my energy high throughout the race.

Read the rest of Scott’s Report.

Binbrook arriving signaled the end of a hard training block and my last hard effort leading into the Rose City Triathlon in Welland next weekend. Saturday brought another stunning day of weather and I was very excited to race.

With this race being near Waterdown many of the Fighting Koalas whom I train with were out racing and volunteering. It was fun to see so many of my teammates out on the course. It was also my boyfriend’s first race, so I was happy to be racing alongside him.

After having an unfortunate swim start in Binbrook I consulted with my coach about my start position and ended up staring far right. This turned out being a great spot as I had clear water almost the entire swim yet was in contact with the main mass of swimmers and even caught a draft a few times (thanks Mat!). My swim felt WAY better than Woodstock, although this was not reflected in my time as the swim time included the run to transition. However, I swam almost 30 seconds faster than Binbrook last year. Still a ways to go with my swim but I appreciated this small success (victory #1!). I got all oiled up prior to the start of the race and had a speedy T1 with no issues getting my wetsuit off (victory #2!).

Not too much to be said here. I headed out onto the bike and knew immediately it was going to be a long ride. I wasn’t even breathing hard but my legs didn’t want to push any harder! I rode as best I could and put together a respectable ride.

After an uneventful T2 I set out on the 7.5km run. The run felt dandy for about the first 2km, I was moving up a few places and feeling surprisingly fresh. This abruptly ended when I began to feel a cramp coming on. I am not a “crampy” person; I don’t think I have ever had a leg cramp in my life. I occasionally get them under my ribs, but never this bad. After trying to run through it I sadly had to slow down to a walk. Not fun, especially knowing many fast ladies from the 2nd wave were running strong behind me. Not sure how long I walked, but I eventually was able to pick it up again. Managed to run the rest of the race and tried to take in as much water at each water station as I could to fend off the cramp until I made it to the finish line. I was surprised to see my run split was still significantly faster than last year, so I hope to see good things on the run in coming races.

Definitely think a hydration issue brought on the cramp, so that will be more of a focus for me in coming races. Getting enough water on the bike is a simple thing that can have a big impact on the remainder of your race. Remembering these little things is just as important as putting in the hard training.

A thanks goes to Multisport Canada for another great day and congratulations to all everyone who raced. I am currently getting in a good taper for my first long race of the season, Multisport Canada’s Rose City Triathlon. I am sure I am not the only one hoping for a little less heat and wind than last year (long-term forecast looks awesome!).