Better late than never: a post about Winter triathlon just before the Summer triathlon starts…  Why not?!?! 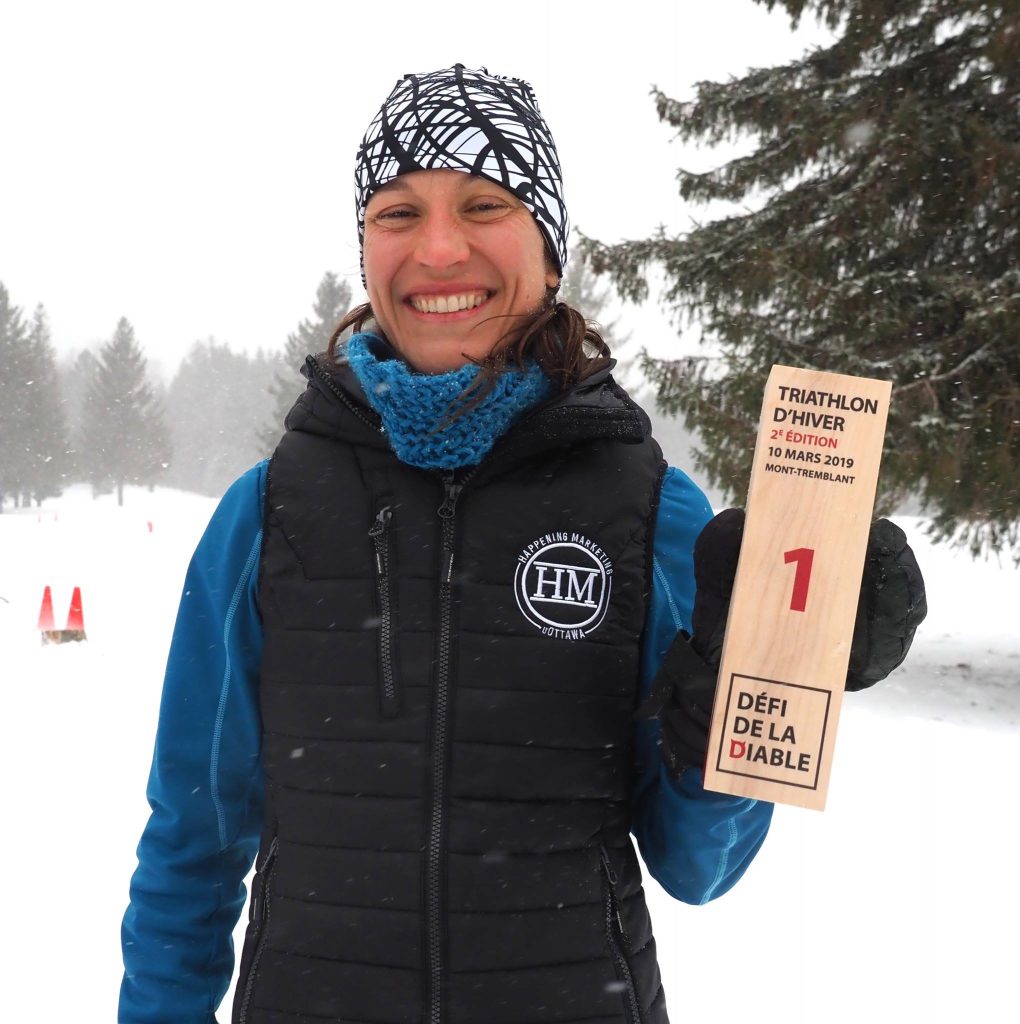 As we are about to start this Summer triathlon season, I wanted like to talk a little bit about Winter triathlon, events that are gaining in popularity.

Have you tried winter triathlon? What was the formula?

As I am a runner, the formula that I prefer is definitely the one that includes running & snowshoeing. One really nice winter triathlon that I did this winter was the Devil’s challenge (Défi de la diable), in Mont-Tremblant area, at domaine St-Bernard.

First, we ran through/on the snow, sometimes on packed trails, sometimes on drifted snow, for a little portion, even on ski tracks. I feel bad about that, but hey!! Sorry, that was the course. Then a quick transition to 8 km of skiing in the perfect forest, with ups and downs: perfect course! Then to finish, going up a mountain for 4 km of snowshoeing: going up was slow but going down was insanely fast.

It was sure a nice triathlon! Great organization. It was their second year, but certainly not the last!

Have you done any winter triathlons?  What were the 3 sports?

I have done a few others, but many of them as a team.  The Ottawa Winterlude Triathlon is great, with skating on the Rideau canal, then running alongside the Rideau canal, and finishing with skiing. I did this one as a team, and I was doing the second portion, the run. We won, even before the men’s team the first men’s team.

Another one that I did this winter was the Quebec city Pentathlon des neiges. That was great, a combination of five sports. Again, I was the designated runner, Snowshoe running… right in the Plaines d’Abraham! 3 loops… the 3rd one was hard, with all these little hills. At the Quebec city Pentathlon, the 5 sports goes as follows: biking, running, skiing (classic or skate, as you wish), speed skating, snowshoeing!  Spectacular!

What I like in the winter triathlon, is that I feel that even than with most summer triathlon, people do it as a team, everybody doing a different sport. Yes, I know this also happens in summer triathlons, but I find it less frequent. Anyway, for me!  In the summer, I want to do 3 sports. In the winter, I’m happier to do one and taste that awesome team spirit!!

Have you ever tried a triathlon relay? How did you like it? I’ll tell you later about my experience!