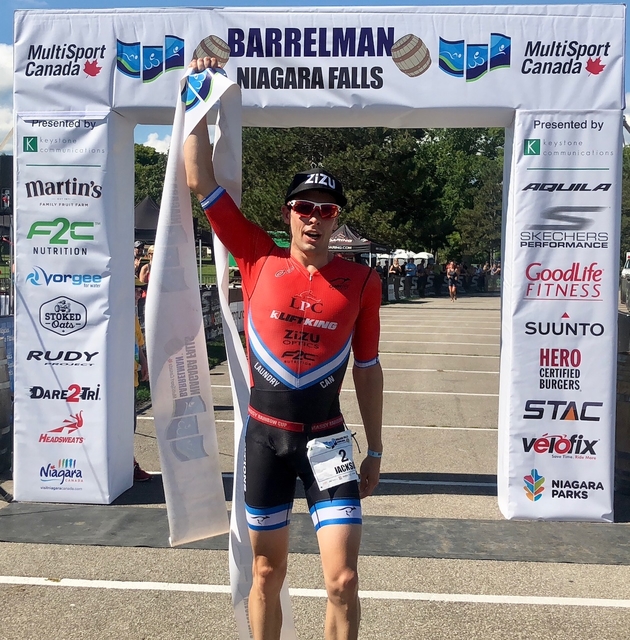 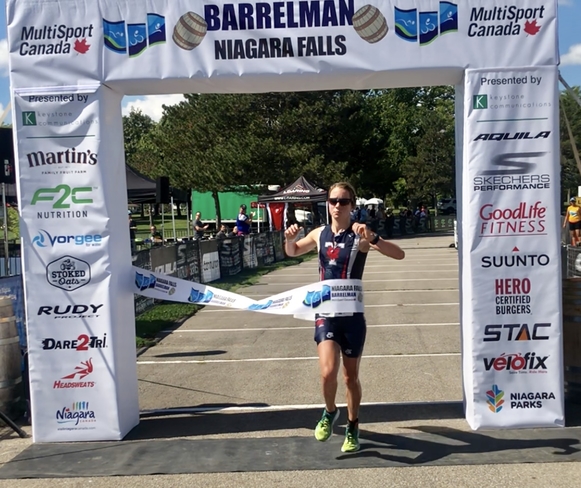 Guelph’s Jackson Laundry redeemed himself after a DNF in 2016, and Toronto’s Tamara Jewett set a new course record at the 5th Annual Niagara Falls Barrelman Triathlon, presented by Keystone Communications.

A foggy morning gave way to a men’s race which featured a battle between Laundry and Taylor Reid, right from the start. With relay swimmer Jessey The Elf pushing the pace up front (26:04) at the Welland International Flatwater Centre, Laundry (26:07) and Reid (26:10) followed close behind. On the 90 km bike, Laundry managed to create a bit of a gap with his 2:02:45 ride, while Reid rode 2:04:32. On the steamy half marathon (temperatures soared into the 30 degrees plus Celsius range), Reid chased hard (1:27:38), but Laundry ran 1:28:12 to stay ahead to claim the Barrelman title. Kitchener’s Alex VanderLinden had the fastest men’s run of the day (1:25:32) to take third, the same position as last year. 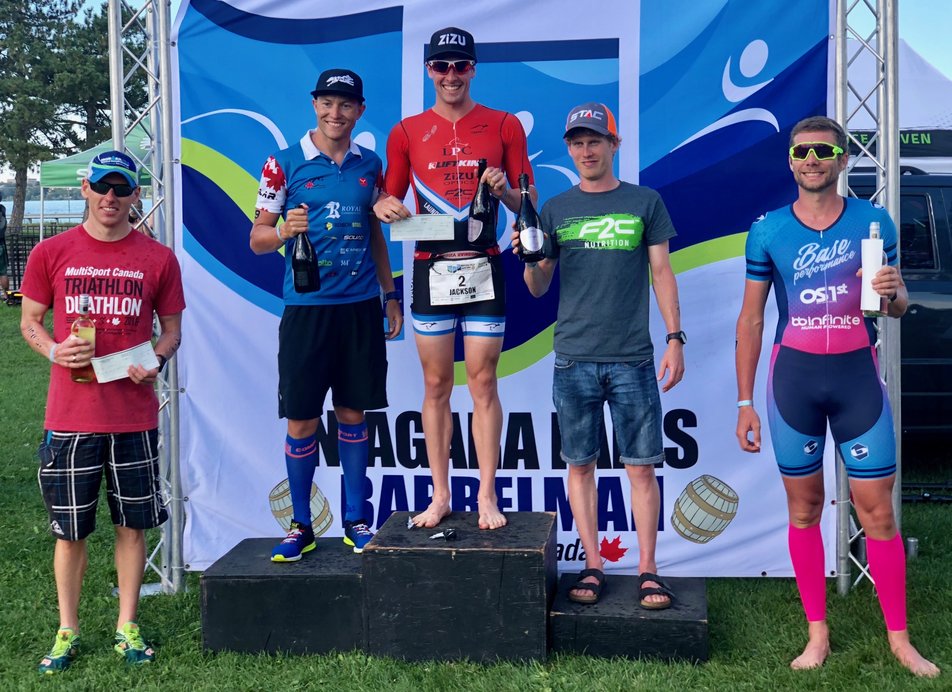 Toronto’s Miranda Tomenson led all women out of the water (29:13), but Jewett was close behind (30:01). Once on her bike, Jewett lay down a dominant performance on the way to a new course record. Getting faster with every race victory this summer, Jewett rode 2:23:29, and ran 1:21:37 (faster than anyone else on the day), to take the win in 4:19:00. Fourth last year, Tomenson finished second (4:38:01), and after battling cancer last year, American Nickie Luse triumphantly took third (4:44:02).

The triathlon also served as the final event of Triathlon Ontario’s Long Course Series. Visit their site for details and final standings. 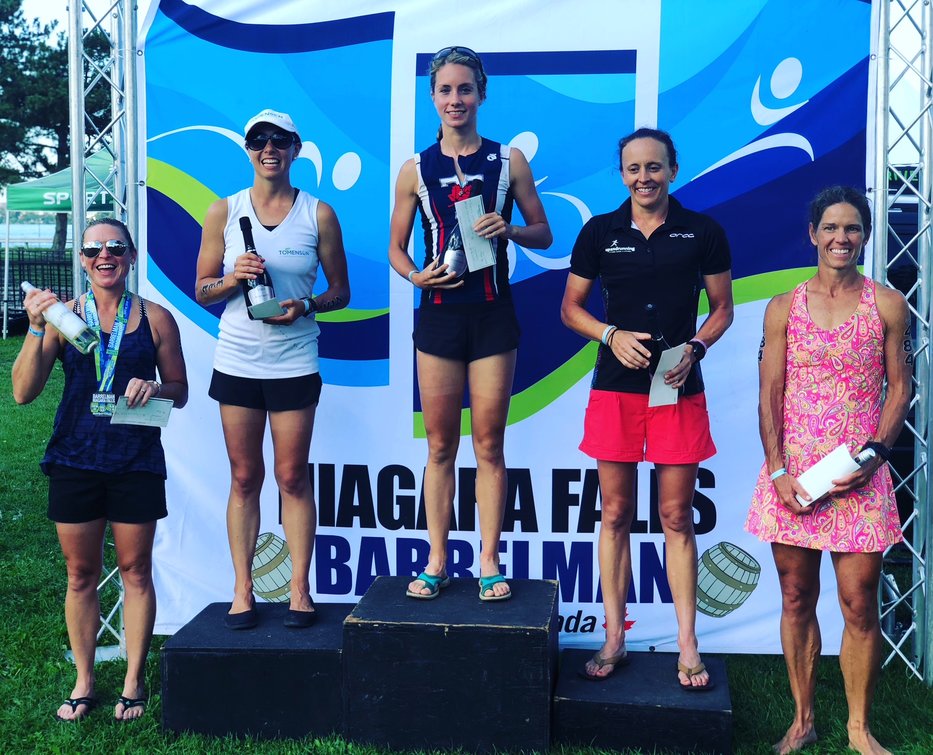 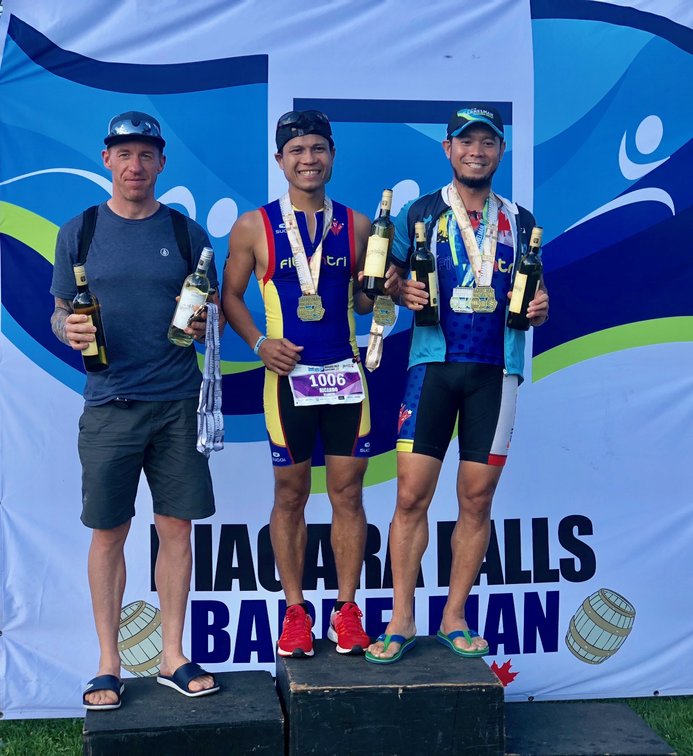 The Swim/Bike race also doubled as the Triathlon Ontario Aquabike Provincial Championships, and a National Qualifier for the 2019 ITU Age Group World Championships, offering two qualification spots per age group per gender. James McNaughton of Toronto, ON (2:46:57) and Paolina Allan of Aurora, ON (2:58:31) took the overall wins to become Ontario Champions! 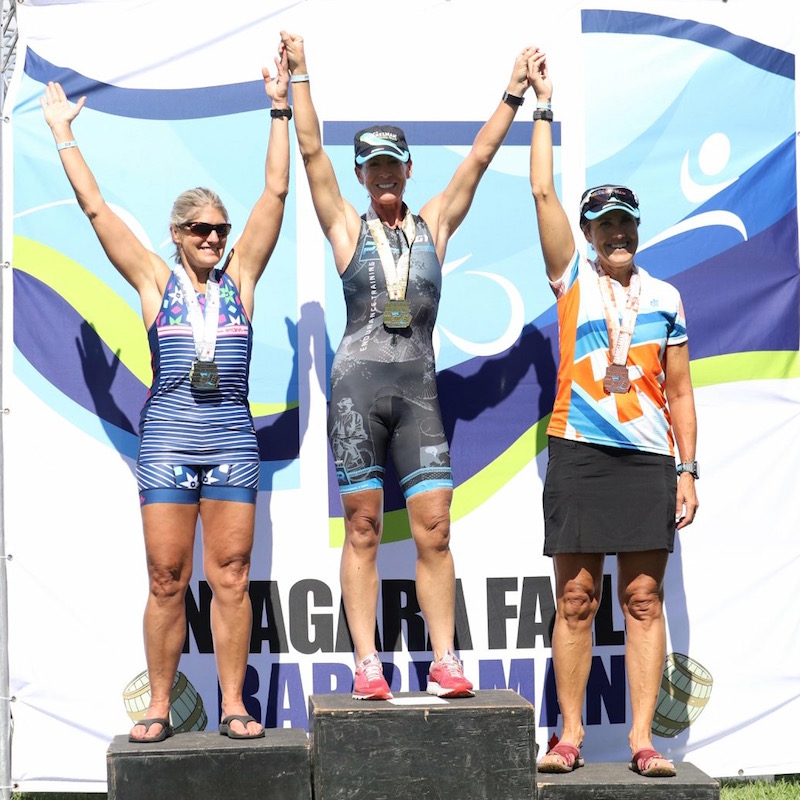 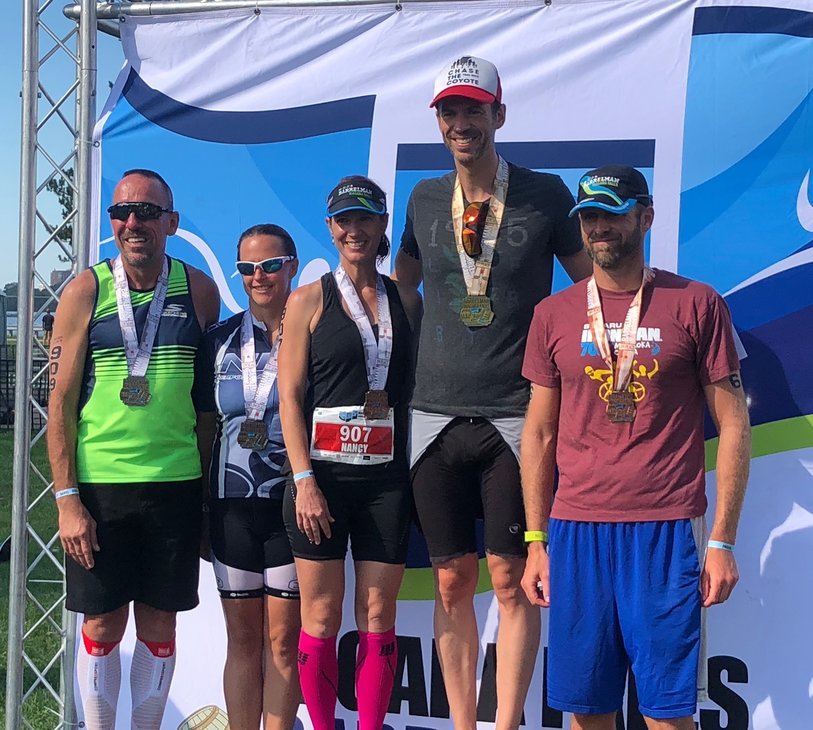 For McNaughton and Schindler, they successfully defended their titles from the year before. 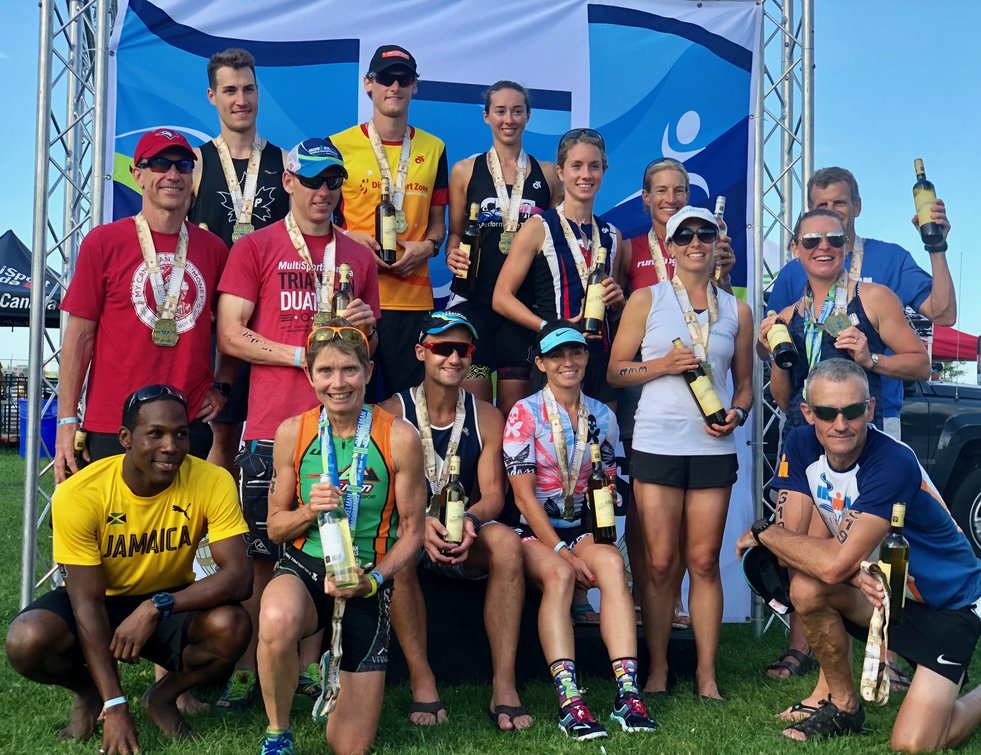 Thanks to All of Our Awesome Volunteers 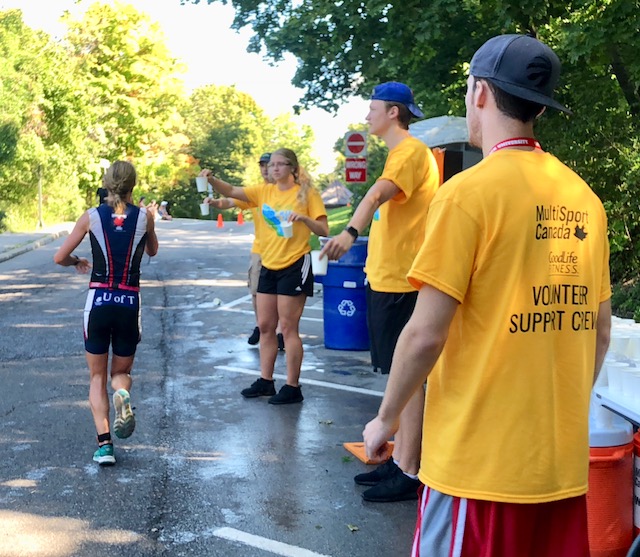 They were the real heroes of the day, as they battled the heat to provide aid to all of the athletes. We are getting rave reviews daily about how incredible everyone’s experience was.

Will take place on Sunday, September 22, 2019 – one week later to get cooler conditions. Registration will open at the end of September.

Race Results can be found at Sportstats.

Your Free Race Photos will be available at Zoomphoto.ca – as soon as they are uploaded and indexed.