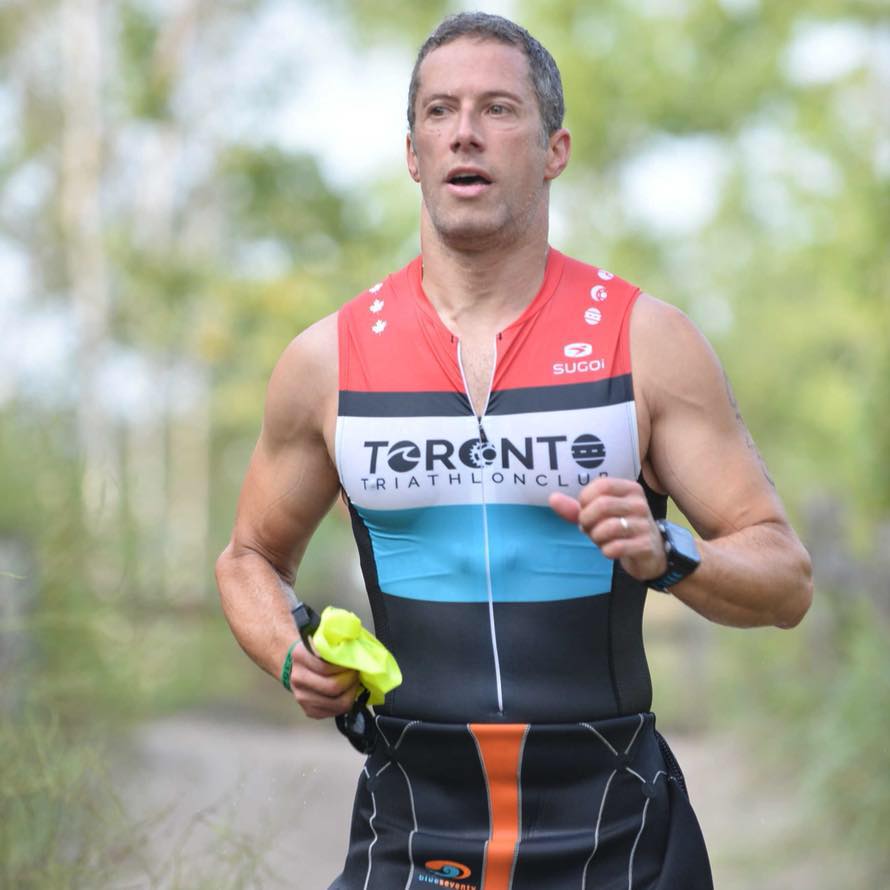 Michael was a long time cyclist who toyed with the idea of triathlon.  In 2010 and after his first daughter was born, he registered for his first race, the MSC Toronto Island Triathlon.  With the goal of surviving, he managed to finish with a smile and thoroughly enjoyed the experience. Michael has continued to race MSC events ever since and will be celebrating his 10th year of triathlon racing this year.

This will be Michael’s second year as a Multisport Ambassador and he is thrilled to be back.

Michael is an active member of the Toronto Triathlon Club, Morning Glory Cycling Club and Zwift community.  He works in the financial industry supporting digital transformation. When he isn’t training, he loves to spend time with his wife and being a dad to his two daughters.

Being an endurance athlete comes with success, failure, injury and mishaps.  Michael has experienced them all. Follow his experiences through Facebook (facebook.com/michaeltelpner), Instagram (michael.telpner) and Strava or join him on a ride on swim/bike/run…in real life.